Using his background in magazine publishing, SPARKie tech award-nominated Hugh Fulljames is on a mission to make making spreadsheets easier. Hugh has already found success with CommunisisIQ, a web-based print-managing tool, and amusement machines of his own design, one of which he sold to SEGA.

Perceiv an intuitive web-based spreadsheet and database tool which is currently in its alpha stage, is Hugh’s latest project and one which he now concentrates on full-time.

We caught up with the creator and inventor to find out more about his biggest successes, solutions to bad spreadsheets and where we can expect to see Perceiv in the future.

Bath’s magazine publishing houses were what first drew Hugh towards the city: “I worked in computer magazine publishing for ten years which led me to have dealings with Chris Anderson and Greg Ingham at Future Publishing. Visiting Future made me realise what a great city Bath is – and that’s why we moved here.”

Working with Future led to Hugh’s first big break – through 1999-2000 he developed a web app called PrintPricer. PrintPricer was designed, as its name suggests, to deal with the computer generated pricing of printed items.

PrintPricer’s efficiency meant it was eventually sold, becoming CommunisisIQ – a service used by Barclays and P&G, amongst others. 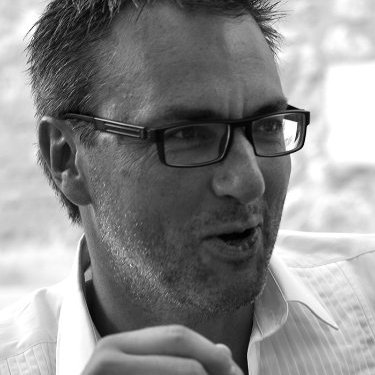 Since the sale of PrintPricer, Hugh has continued to use his strengths in programming and lateral thinking to manage Amazement Machines, Inc. and develop Perceiv.

Perceiv’s genesis can be seen in those early days. Hugh came across many awful spreadsheet applications when working with PrintPricer: “Traditionally a lot of that type of pricing was done using spreadsheets. I encountered a lot of spreadsheets and developed a lot of relational databases. Nearly all of these spreadsheets were absolutely dreadful.” The need for something like Perceiv was clear.

So what makes Perceiv different? “Perceiv is a web-based spreadsheet and database. It can be used from your browser or it can be accessed via an API so that it can integrate with other systems. 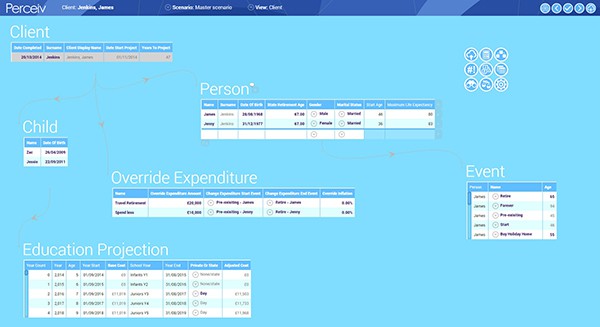 “An alternative to products like Excel and Microsoft Access, it works by providing a super easy-to-use drag-and-drop model creation process, which gives your data or spreadsheet a solid structure into which your data and formulae can be added.”

So far so good, but why should we make the switch from Excel? “Excel is a tool which makes building ‘bad’ spreadsheets very, very easy. By ‘bad’, I mean spreadsheets that are hard for colleagues to understand, difficult to maintain, and prone to errors.

“Perceiv’s key trick is navigating the hierarchy you create so that you don’t have to use any difficult commands in your formulae to retrieve data – no SQL joins and no Excel Vlookups. So it’s not just the UI which is friendly, it’s also the formulae syntax.”

The primary goal with Perceiv was to create a tool which makes building great spreadsheets easy. Perceiv will also provide users with fast performance and the option to create and publish relational databases. Finally, you’ll be able to turn your spreadsheets into web apps with ease. “Three for the price of one!” says Hugh. A bargain indeed.

Forbes recently estimated that around 90% of spreadsheets have errors. And The Register reckons that these errors cost $10 billion per annum – a leak in the hull of many businesses which Perceiv could well plug.

“Complex spreadsheet models are really pieces of software,” Hugh explains. “While I don’t dispute that Excel is easy to use, it offers almost none of the structured techniques that software developers use to make better code. So the resulting spreadsheet solutions are nearly always a tangled mess which are both hard to follow and just a click or two away from causing costly errors.”

“Perceiv represents a unique alternative to the traditional spreadsheet paradigm”

While Perceiv is unlikely to completely eliminate these errors, it will greatly reduce them. Whereas formulae are owned by cells in Excel, in Perceiv they are owned by tables. Formulae contained within cells are duplicated in Excel, increasing the risk of error – whereas a spreadsheet might have 100,000 formulae in Excel, it will only have a few hundred in Perceiv.

Perceiv also rules out what Hugh calls “probably the number one cause of conventional spreadsheet errors” – adding rows to the end of a table not included in calculations.

Ambition – the path to success?

It’s an ambitious project, but for Hugh, being ambitious has certainly worked before. Telling us about CommunisisIQ, he said: “licensing it to Procter & Gamble who use it worldwide to buy hundreds of millions of dollars of print per annum has been my biggest success so far. The savings they have made over the last few years run into hundreds of millions. IQ is easily the world’s most used print pricing system having done several billion pounds worth of transactions.”

Bath-based Epoch Wealth Management have already signed up to Perceiv, in order to “turn their complex cashflow financial model into an easy to use, super powerful web application.” Pleased with the results, Epoch’s Jon Rolfe said, “Our cashflow model is a core part of the financial planning services we offer to clients in Bath and around the country.

“We’re incredibly excited about what Perceiv’s technology has done for the forthcoming web based version of our modelling package. We’re looking forward to continuing to work with Perceiv during 2015 as we believe it represents a unique alternative to the traditional spreadsheet paradigm.”

So what is Perceiv’s ultimate ambition? “To de-throne Excel and take Microsoft Access along with it – why not aim high! You only have to look at Prezi to see that today it is possible to topple giants – Microsoft have been forced to launch ‘Sway’, their own rival to PowerPoint, because of what Prezi has done to them. But first we’re going to tackle some niches to generate revenue and perfect the product.”

That might sound a little lofty, but as he explains: “These projects always turn out to be harder than they looked at the outset. But I wouldn’t wish to know the scale beforehand – naivety is a great quality if you want create something radical, both because you don’t get scared and run away and because you aren’t enclosed by what is conventional wisdom. Of course there are hundreds of small technical issues which crop up which it would be lovely to know all the answers in advance.”

The inventor also praised the tech scene in Bath “I have just been staggered at how big the tech scene is here. I had no idea before I became a member of the wonderful ‘The Guild Coworking Hub‘. So there are loads of people one can talk with and collaborate with. I admire Tom Lewis and Tatjana Humphries at The Guild, what they have achieved is amazing.”

Thanks to TechSPARK for allowing us to share their article, the best way to keep up-to-date with all things tech in the South-West!